Learn More
From the Cabinet to the Boardroom

An accomplished leader, Anthony Foxx understands how to bring the public and private sectors together and has spent his career bridging divides while building a better world for everyone.

AN INNOVATIVE LEADER WITH THE TRACK RECORD TO PROVE IT

From business lawyer to mayor of Charlotte to U.S. Secretary of Transportation to business leader, Anthony Foxx has dedicated his entire life’s work to getting things done and creating better opportunities for all.

As Charlotte’s second African American and youngest mayor, Foxx led efforts to stabilize the city’s economy during the Great Recession. He restored positive job growth by attracting new industries and expanding the city’s support of small businesses and entrepreneurs, and pushed forward the largest capital program in the history of Charlotte, investing in transportation and neighborhood improvement projects. 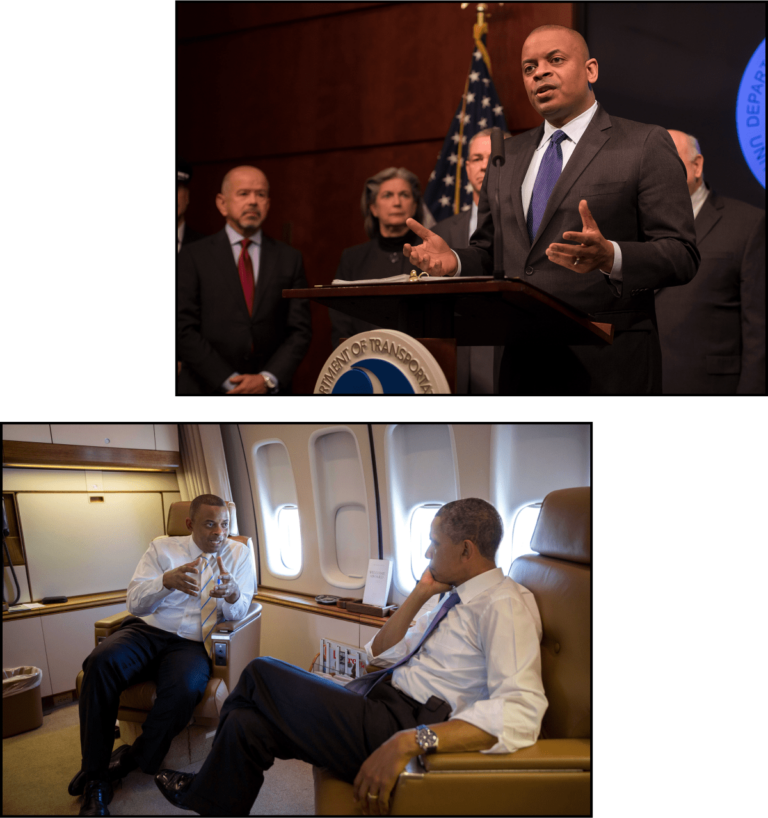 In 2013, President Barack Obama tapped Foxx to serve as the 17th U.S. Secretary of Transportation. Foxx was confirmed by a rare 100-0 confirmation vote of the U.S. Senate, becoming only the third African-American Secretary of Transportation and joining the ranks of only 23 African-American secretaries in the history of the country while developing a reputation as a leader who effectively worked across partisan divisions. Here he championed smart cities, implemented historic improvements in fuel efficiency, successfully advocated for a bipartisan infrastructure bill, and led the charge to safely integrate autonomous vehicles on American roadways.

As a business leader at Lyft, he integrated modern political strategies into a traditional public affairs role by blending social impact and public opinion to help shape policy proposals and business decision-making. Lyft became the first ride-share company to commit to 100% EVs by 2030, supported innovative efforts to provide a minimum wage equivalent and benefits for drivers and launched the LyftUp program which helps underserved communities get access to work and healthy foods through free rides. 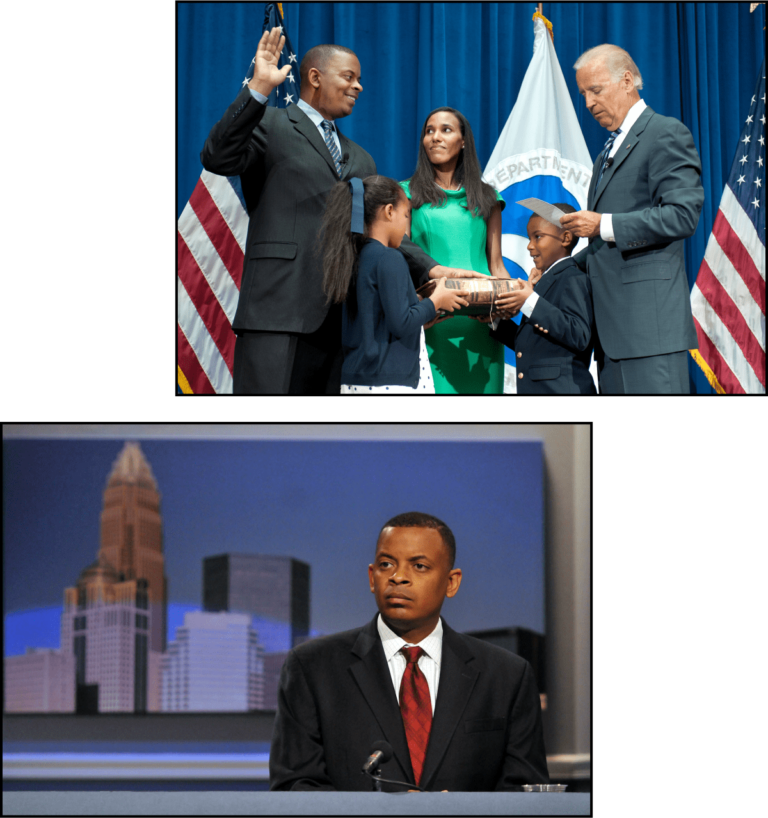 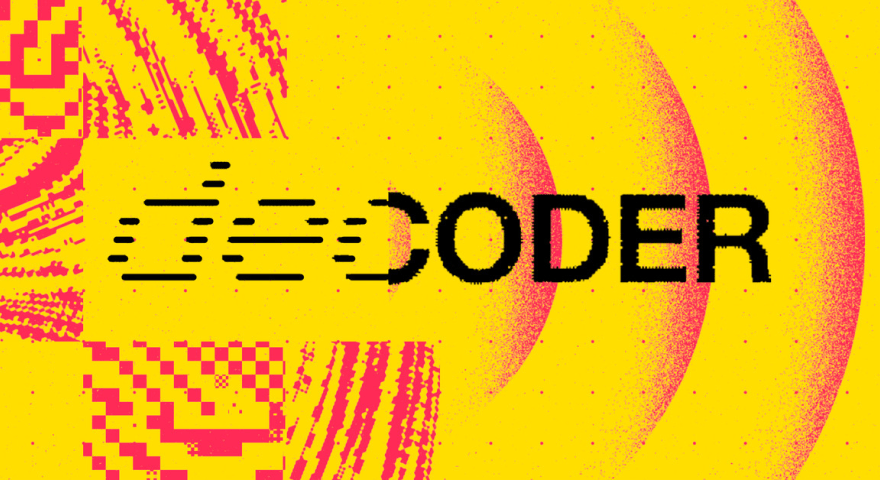 Anthony Foxx and Vox's Recode Senior Editor Johana Bhuiyan talk about the future of self-driving technology and much more. 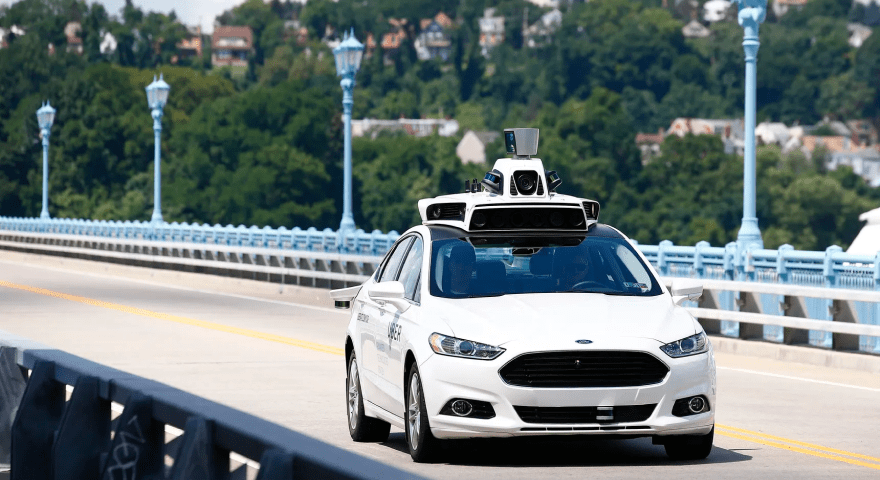 A Roadmap for America’s Transportation Future

Anthony Foxx talks high-tech cars and infrastructure as a vehicle for equity. 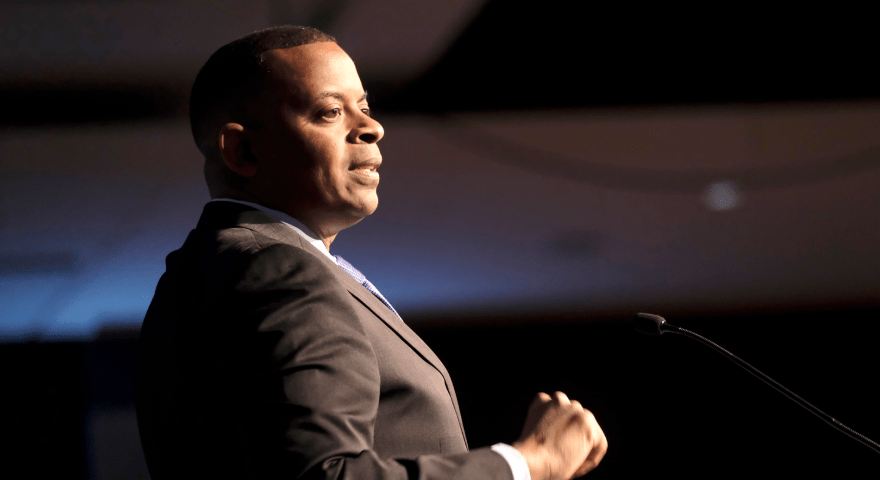 Anthony Foxx delivered remarks to the Charlotte Community Building Initiative about the future of smart and inclusive cities. 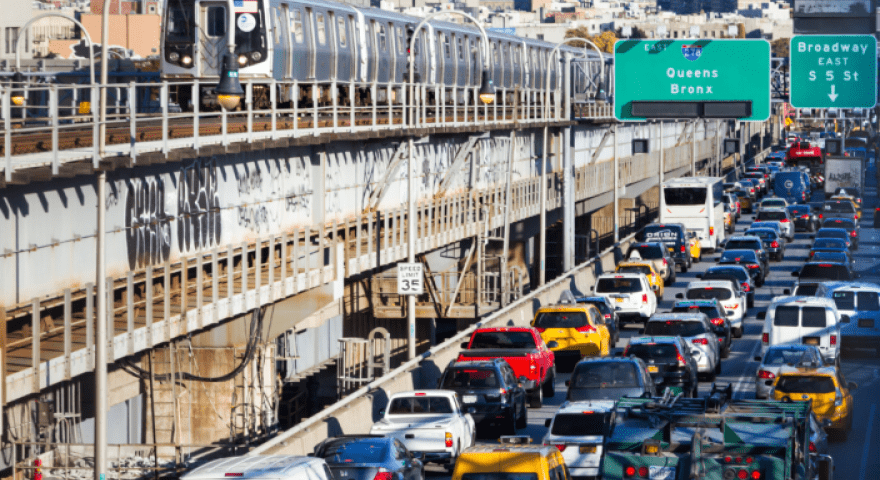 Democracy: A Journal of Ideas

Anthony Foxx writes, "just as there has been redlining in housing, so does our physical infrastructure reveal a legacy of discrimination. It’s time to eliminate it." 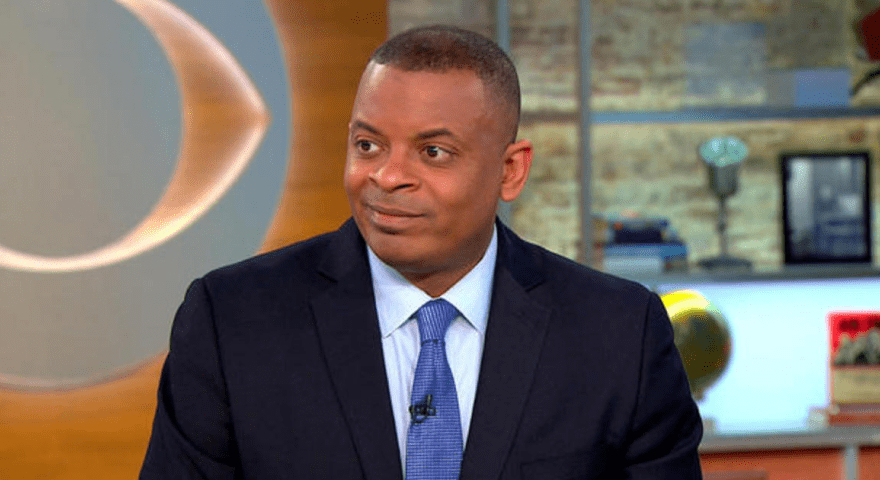 In conversation with CBS This Morning, Anthony Foxx stresses the importance of spending infrastructure dollars where the problems are and building around them. 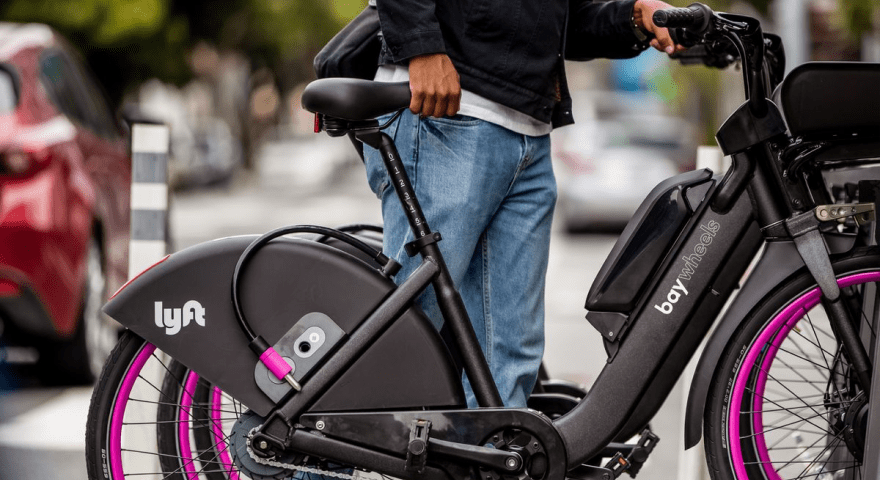 Transportation Initiatives and the Gig Economy 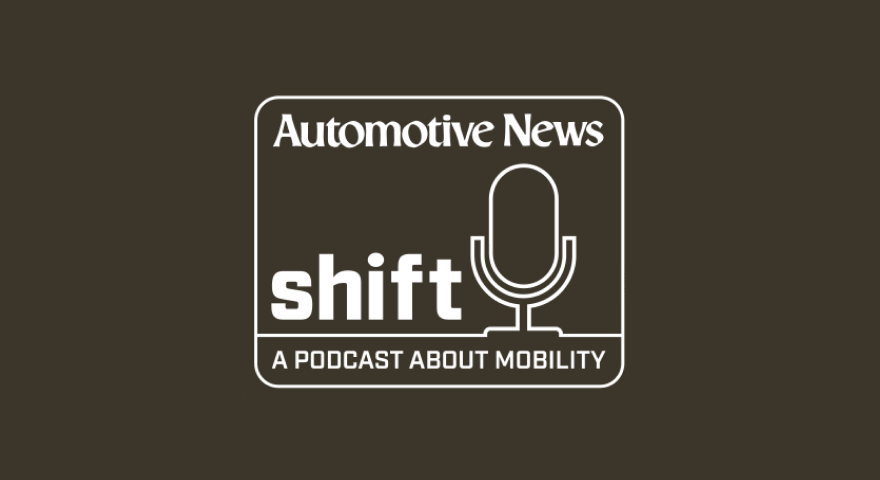 Anthony Foxx discusses the 2021 infrastructure bill, the appeal of removing certain highways, and ways to ensure that all communities benefit from transportation's future. 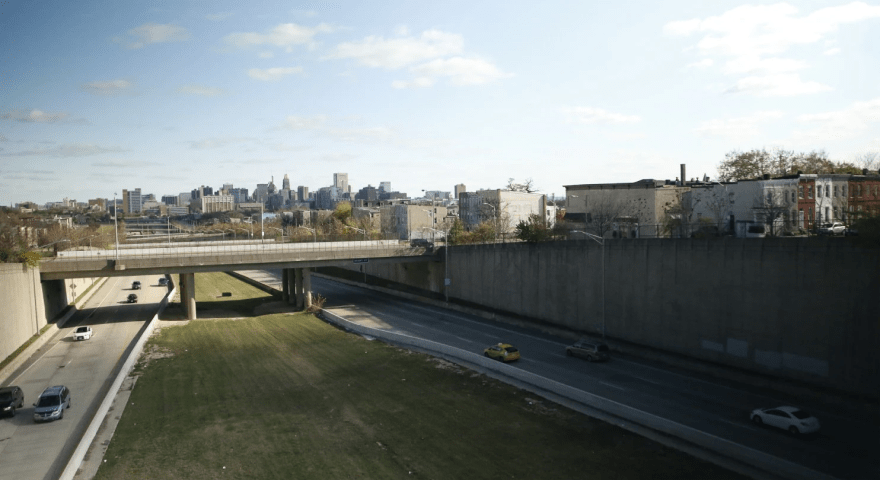 Defeating the Legacy of Highways Through Poor Neighborhoods

Anthony Foxx has a personal story and speaks with the Washington Post about wanting to right the wrongs done 50 years ago. 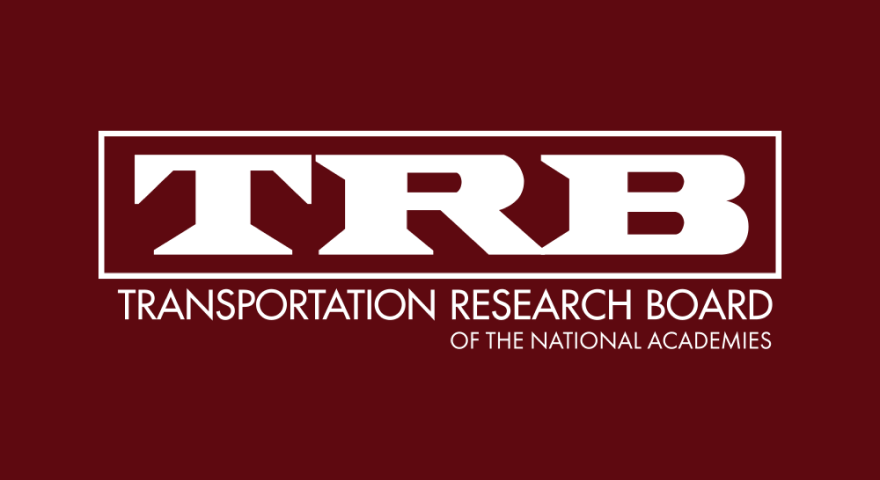 Anthony Foxx grew up in a Charlotte neighborhood surrounded by freeways that he thought of as "literal walls." In this episode, he explores equity issues in transportation.

This documentary really made my week. @dionnewarwick, thank you on so many levels for just being you. https://t.co/KcJu18MAZa
@ScoreonD (Steve Wilks) did an “incredible job.” Nothing against Frank Reich, but I think Wilks could have been a great HC for @Panthers for a long time. Steve, as a fellow @DubCLions grad, I am incredibly proud of you and hope you get your shot. Wish it could have been at home.
This tweet has aged well. Just saying… https://t.co/11T21Z429C
This is sad and shocking news. There was no more fierce defender of US interests than Ash Carter. A brilliant man, he was also kind and, believe it or not, hilarious. I miss him already and offer my heartfelt condolences to Stephanie, Ava and Will. https://t.co/30FgkFp9Jw
Note to David Tepper — from the great philosopher John Thompson. https://t.co/lBD6JtnTJ8
Steve Wilks. Steve Wilks. Steve Wilks. Steve Wilks. Steve Wilks. That is all. Thanks for listening.
What is going on in this world? Prime Minister carried the grace, the kindness and the determination of the Japanese people with great intelligence and humility. He was a true leader of the world. Prayers for his country and family. #ShinzoAbe
This is horrible. Praying for PM Abe. 🙏🙏🙏 https://t.co/QlRyPH4rJw
👇 https://t.co/3C5YQZu4w6
👇 https://t.co/hLqnjhwiYH
Facts. 👇 https://t.co/0rulzKLdLQ
What more might my great grandfather, & so many women and men of his age (& before), have done? They gave us faith, industry, hope & a belief that America belonged to us, too. May every generation hence remember what they endured & never allow it to be repeated. #Juneteenth2022 https://t.co/co6jYbWmlH